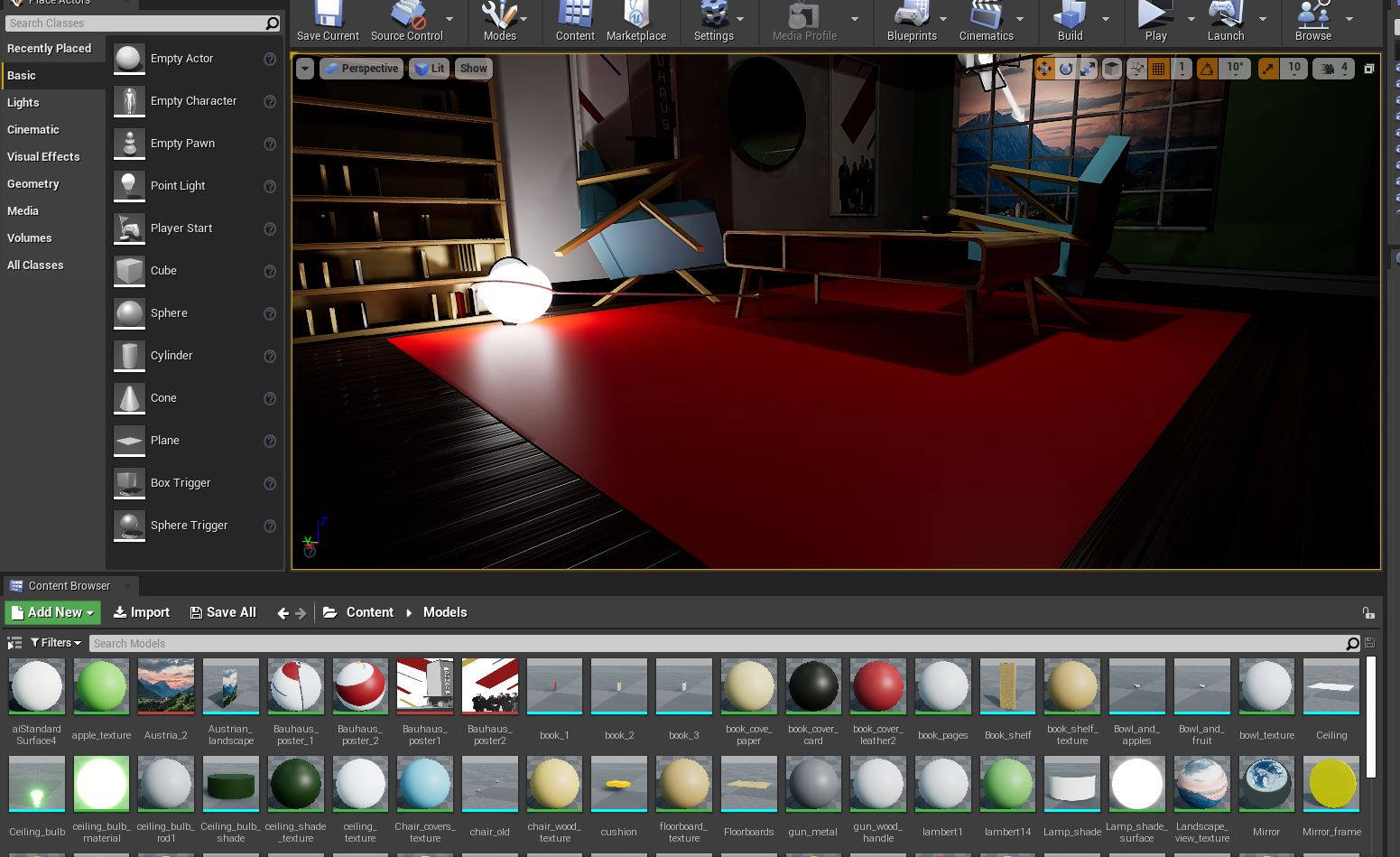 Modelling, texturing and lighting. Weeks 2 and 3.

So, as you may imagine by the title it’s been quite an exhaustive learning curve over the past two weeks. Having done some super basic modelling in Maya previously, I had some rudimentary knowledge to move forwards with. Our first task was to model a simple chair, it took all over a couple of days to get the hang of manipulating the faces, vertices and edges, the basics of how a model is constructed. I tended to find that for sake of accuracy and neatness, which is very important for modelling I worked across all viewports, aligning to the grid.

Once the basics were beginning to bed in, I started to tackle the main task which was to design a set, with a view to animate in it later on the course. Remembering a lovely little DK book from years ago, I decided that it would be fun to create a Bauhaus era environment, I’ve always liked the furniture from that period and know that it would potentially look more stylish to place future characters into.  Here’s what I ended up creating: 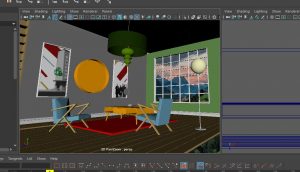 After finishing the build and learning about texturing,  we were tasked with lighting and camera work. The course had instructed us mostly to use the Arnold Renderer in Maya, I’ve used this before but although you can get fabulous results, it’s a heavy set up and the render times are excruciatingly slow. Working in NextGen I’ve been made aware that alot of the animation studios are moving into Unreal for their rendering as it’s super fast, allowing a full piece to be seen in video mode almost instantly.

Now, Unreal is a huuuuuuge program, it’s used in all manner of industries and output, increasingly in film alongside it’s original conception as a games engine. I knew that it was a bit of a gamble as the learning curve is dense and intimidating, as I’d been having a play over the summer and starting to incorporate it over the last two weeks at work too, through an IT VR and AR unit, I was fairly hopeful that given some late nights, I’d be able to understand it and gain me massive amounts of time throughout the rest of the MA. 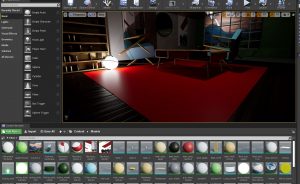 Frankly I was quite chuffed with the results, I’m still a bit nervous about importing animations into it successfully, with the complicated nature of rigs and all, however, here’s the final shot with the camera panning through the scene. As a note, after I’d sent my rookie modelling file to Alex, the course leader, he suggested thinking about a narrative, breathing a dark note in…