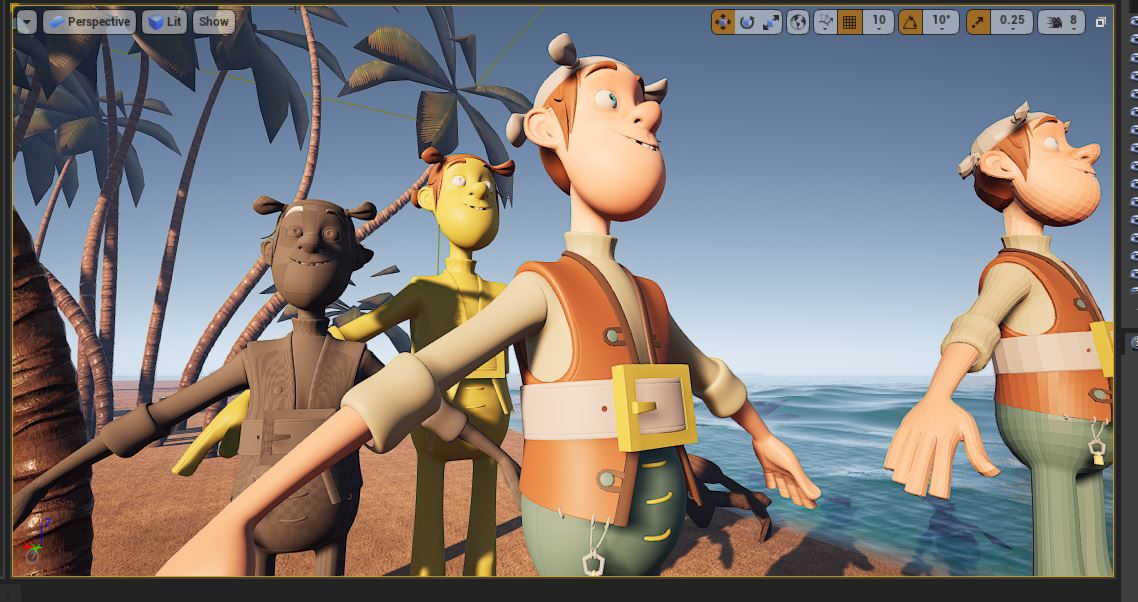 Nuts and bolts and finally getting past the finishing line..

So, after a good 5-6 days of being able to thrash out the animation, it’s starting to come together at last, as such I thought I’d share a bunch of things that have been a part of how it was brought together, or more specifically how it has evolved.

Here’s a few early shots I took of Dyl, trying to get some sense of the keyposes I’d imagined would work.

It became apparent quite quickly that I’d need video reference as the animation involved quite alot of large movements, I tried to get a sense of what was important in terms of the feel of the shot, both the main mechanics and the character’s feelings.

There were quite alot of technical aspects that whilst getting in the way of this project, I felt that it would be good to come to terms with in the greater scheme of my teaching. These involved a crash course in rigging, especially facial rigging, weight painting, a deeper understanding of porting elements from Maya to Unreal, some smaller rigging that I  did that I thought would benefit the action such as the main pirate’s hat and his little swinging earring – a touch I really wanted to do.

This is a note I sent to the chap who makes Advanced  Skeleton, I found in the end that using an older version of the rigging plugin worked perfectly. I also had to come to terms with neutralising the face as it was extremely smiley and needed to be pulled down to have a broader expressive ability. 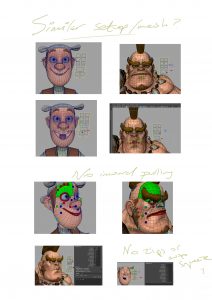 This was a part of freezing the geometry when pulling the edge loops down, so he didn’t have an oddly distorted nose. I also got a fair understanding of mirroring; weight painting, vertex symmetry etc.

Before and after the neutralising. 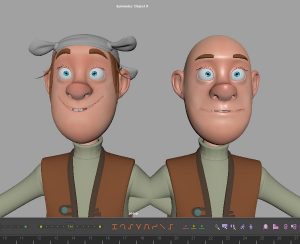 After having some issues with getting the alembics to work in Unreal, I was given some excellent advice in smoothing out the first alembic, to a second, to not break the rig or slow it down in being used, this worked very well. 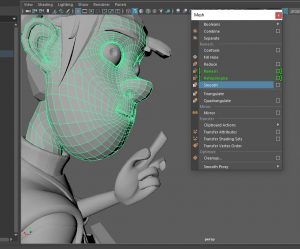 Also, I had to gain an understanding of UV unwrapping to get the right image elements embedded onto the eye faces. 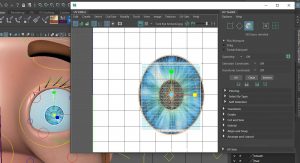 Here was the problem, and after experimenting with the UV face editing, some simple balls going into Unreal. 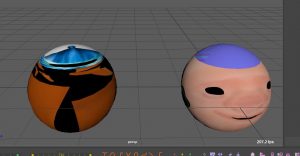 Being a sucker for set building, I did love it when the character was starting to look good in Unreal, funky boots! 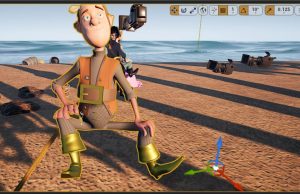 In many ways, it felt more like being on a set with this project, building the island and placing multiple cameras around the actors. 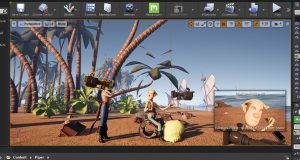 After watching a video from Alex on camera angles, I decided to go with a sense of looking through the characters, rather than at them, it both gives a sense of immersion and alleviates the need to have everything on the screen, animating at the same time.

In terms of keeping things roughly on track, here’s a pic of my ongoing lists. 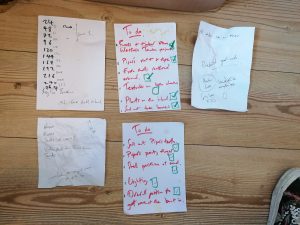 And so here’s the final piece.