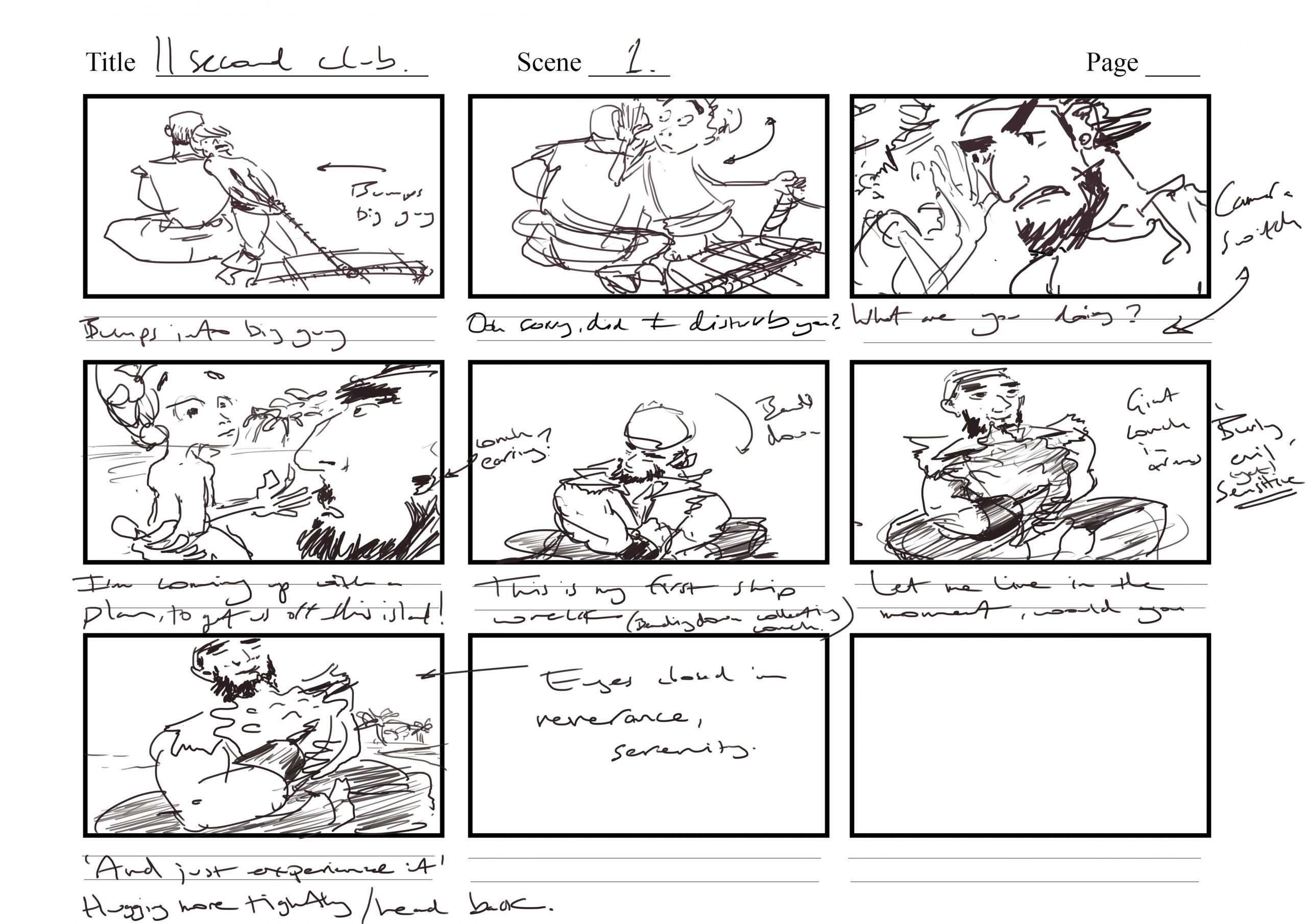 So, first things first, time for a time plan……. 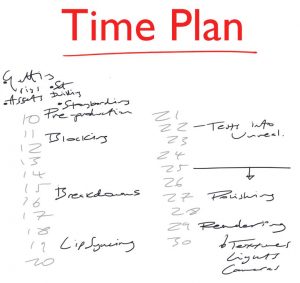 I feel this plan hangs together. It does mean that over the next 4 days I need to get all the blocking done. I’m sure that’ll be fine, and other reassuring notes to self.

And here’s the storyboard. Although the general gist is here, I’m thinking that the camera angle in the first instance will be the same as the majority; from the front, there’s too much crossing over in the edit otherwise although allowing the first character to drag away from the camera and hit the main character was a noble idea I think. It seemed to just get too confusing on all the subsequent camera changes needed. 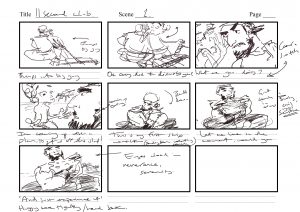 Note: it is very possible that the main character here could change, all depends upon funds, and that depends upon money, of which there isn’t much to pay for the special character I really want.

Alongside the planning for my piece, I took a good number of photos, trying to get to the nub of the key poses, eventually the movements became quite energetic and I needed quite a bit of video footage. Here’s a selection of both.