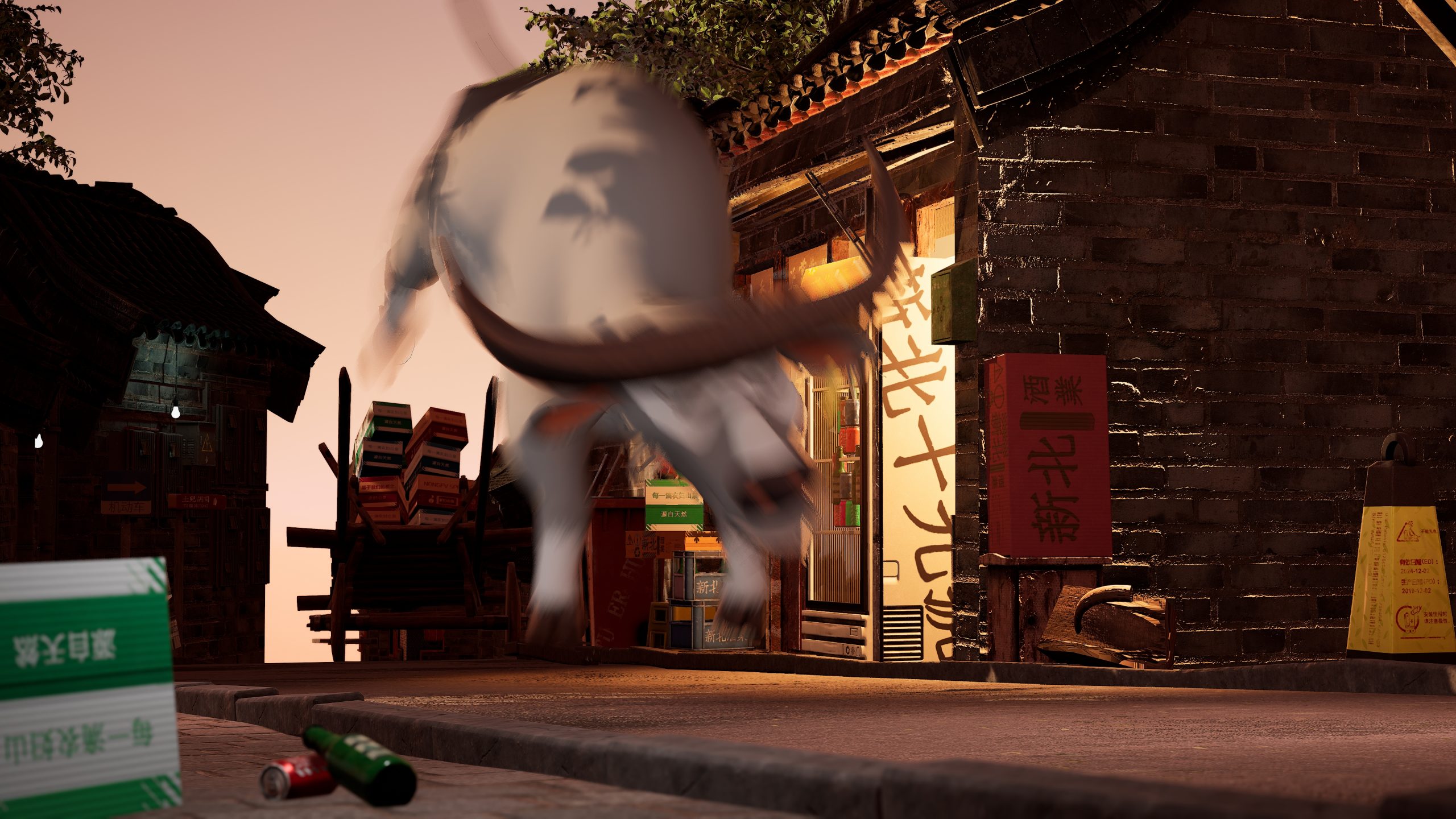 So, over the past few weeks it’s been a bit hectic, as usual, lots of video sourcing for the specific actions and movements that are needed for my piece. It’s largely been going in the right direction, the different sections have been married up together and are making sense. After some feedback from our tutor, Alex, I realised that the back feet on the last section were both jumping together, it was a bit tricky to see on the footage I was using, so I found a more easily discernible set of gentle foot canterings on a different video. Now the character merrily bounces off screen.

After putting together the majority of the main animation I’ve been building the set, which really means that I’ve been rearranging the landscape of a beautiful Chinese alleyway set I bought on the Unreal Marketplace.

I’ve been rearranging the road structure and paving slabs so that there’s a pitch for the ox to struggle against.

One of the perennial issues that flummoxed me for a while was the eye textures again, the eye consists of 3 parts; the lens, the iris and the inner pupil. As the lens covers the whole shape the uv’s were messed up when I assigned the eye material to it, so a simple transparent and glossy glass texture allowed the main shape to appear perfectly.

The other main element to come to terms with is the cart that he’s pulling against. I’ve downloaded and modified a fine cart that needs some nifty rigging, so it connects with the yoke I modelled last night. 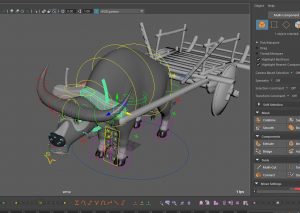 Now that the animation is mostly done, I’ve been importing them into the set for some test renders. I do love this part when you can see the full vision come together. Due to some lighting difficulties, the textures on the ox, and scene more generally had a very odd banding, giving him a psychedelic look when in motion. After testing it seems that the moveable light was causing it. Whilst the moveable lights can give you an instantaneous aspect, they can give a misguided feel as the rendered image is unlike the viewport. Switching to static lights and building them solved it thankfully. 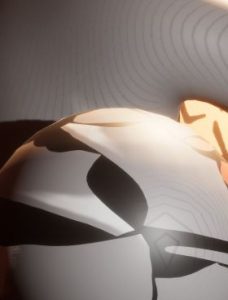 Here’s the set coming along; the road has been modified to build in the hill which the cart will fall back through, there’s a scattering of beer detritus that adds to the narrative, in that his cart load is a big pile of beer boxes that will tinkle and clink as he moves.

Now that I’ve done a few test renders, I noticed that there’s a kind of jumpy quality to them, something I’d noticed from other student’s work and the reference footage online is that some motion blur may smooth out the flow. After a quick glance down the camera settings and some more tests, I’m much happier with the results. This is how the individual frames can look now – 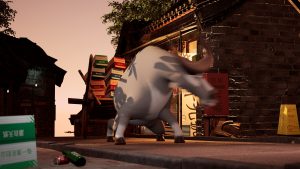 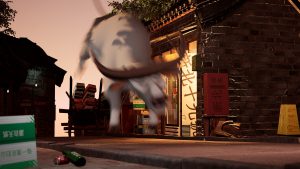