By David Hallows28th November 2020No Comments

The last week has been a tremendous series of productive late nights, mostly fuelled by the impending deadline in two weeks time. Understanding the wise quote by Voltaire – ‘Perfect is the enemy of good’, I’ve been drilling down into lists that will (hopefullly) deliver a good essence of what is in my head, without having a nervous breakdown at the last hurdle. Good time-management is something we try and drill into our students at college, so what better time to lead by example. Here’s the list I made two days ago, detailing the remaining elements and how long each part should take. 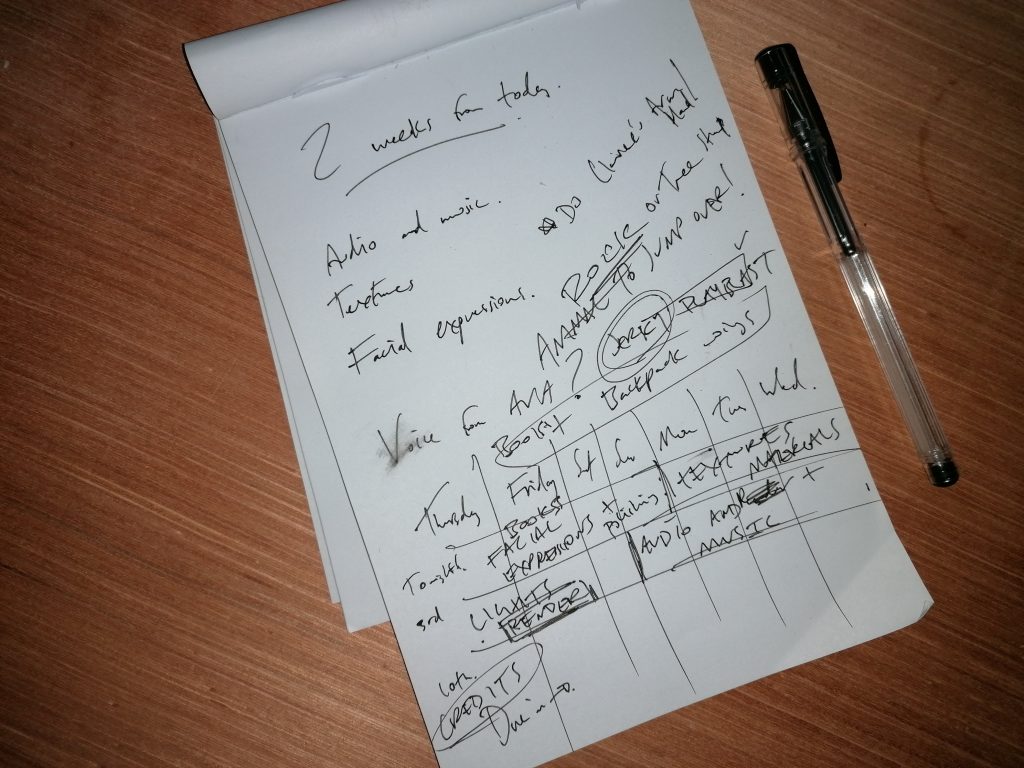 To get me going and feel alot better about the all the effort I’d been investing (many nights going to bed at 1am), I had a quick look at the rough alembic export in Unreal and zipped that out as a quick video, you can see the jerky movements but I was suitably chuffed to see a good quality piece on the way. To improve the quality of the animation, first I started to do some checking of the animation with a quick playblast, it illuminated a very choppy and jerky skip cycle of the main character.

I had attempted to get the main sweep of the character looping with natural arcs, along the lines of the awesome tutorial, however it needed some technical and subtle cleaning up. A couple of weeks back I’d come across the terminology around ‘cleaning’ up, ‘polishing’ and putting through a ‘first pass’ of the work. I knew that it involved some graph editor mass automation but wasn’t really sure how to do that and thought it could be left until the latter stages. As I was also trying to get some better control over the keys and tangents I’d installed Animbot, a dauntingly powerful and elegant Maya plugin, we’d played around with it briefly at college a couple of years ago as a more sophisticated version of tween machine, so I had a rough idea it would be the tool I needed.

So, using the simplify curve tool on the root control and then smoothing the values on the arms and leg controllers too, by 300%, you an watch it in action on the vid below too –

Here’s the video detailing most of what was discussed above!